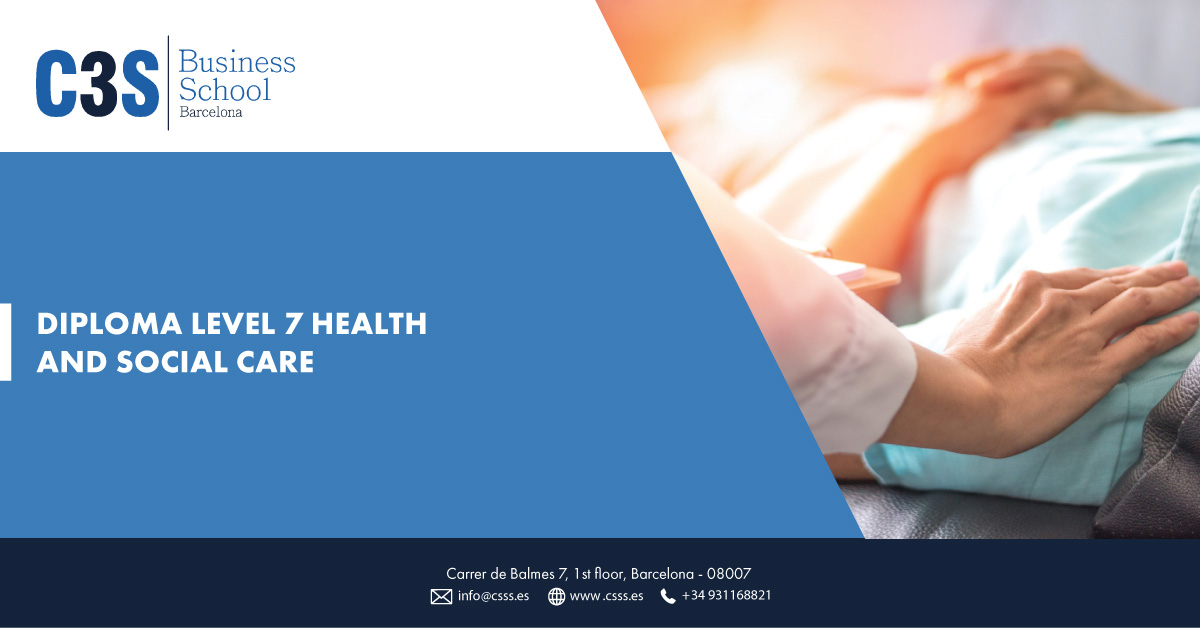 Health and Social Care combines elements of sociology, biology, nutrition, law and ethics. Students that pursue a career in this area usually have a work placement alongside their academic studies. Placement will take place in a nursery, residential home, hospital, or other caring establishment. Others may take a health and social care course as a route to further qualifications hoping that it will lead to employment within this industry,

Depending on the qualifications, students of Health and Social care may start off as care assistants and develop care pathways to become doctors, nurses, physiotherapists, counselors, social workers, paramedics or other occupations.

If all of this sounds interesting, here are other reasons that may push you over the edge:

If you have the right values, you’ll find a job

There are hundreds of different jobs in adult social care. You can work in a direct care role, management, administration or something ancillary like a kitchen or domestic role. You can have these roles in the workplaces mentioned above.

This line of work will have your work with different people with special needs like physical disability, learning disabilities/autism, dementia, people recovering from an accident, etc. Whoever you work with, you have the potential to make a big impact in these people. That’s usually the most appealing thing from working in these sectors. If that is you, this is for you.

For more on the Health and Social Care Diploma, click here. 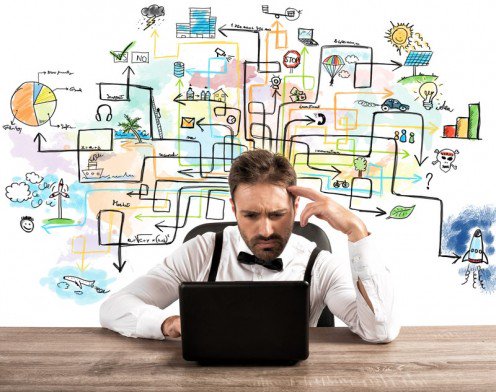 Usually there is a lot said about the kinds of skills, abilities and talents a Project Manager should know, have and do for them to perform in the best way they can. These are things that are said to be of great importance as a manager, whether is it managing of a work team, keeping the motivation of the team, show strong leadership to the team and being smart with the decision making. While these are the things that are expected from managers, it can’t be denied there is a chance a manager could make some mistakes. Either small or big, these are mistakes that can be a big hindrance to the manager and those around him/her and can lead to some failure and keep you from objectives to accomplished. It’d be wise to keep them in mind as a project manager.

Here are some common mistakes to keep in mind of:

Hinder the work of your team

It is one thing to want to control everything that happens within a project and quite another to hinder the work of your team(s). A good Project Manager must be the benchmark of his collaborators, the example to follow in the aspects of the day to day. With that said, it does not mean that manager acquires the role of police or vigilante. Examples of this are when the leader continually interrupts the planned work, rejects the work of his supervisors again and again, worries too much about the hours and deadlines and, worse yet, openly criticizes the results obtained. The latter is the worst case, as it makes the team members look at the leader as a competitor and not as a trend setter.

Hide relevant information to the project or give it biasedly

The core communication of any project is a task that corresponds to the Project Manager, both in its conception and execution phases. When this information is hidden or is used in a biased way (for example to favor one or several members of the work teams over others), the ground has been set for distrust. Employees will stop believing the leader’s messages and groups will tend to separate, especially by workers who have not had access to information. It will generate a climate of isolation, individualism and it will be almost impossible to delegate successfully and effectively.

Subtract importance to the effort of the collaborators

Some project managers still live in the idea that the members of their work teams are machines. In fact, they demand the maximum effort from them and then refuse to recognize it; they ignore it and give priority to other issues. This is a huge mistake. The great value of any project are its collaborators, because in them lies knowledge, skill and talent. Besides, it is usual that when a goal is not met, and changes are announced in the methodology or strategy, it goes directly from one action to another without making a prior analysis of what has happened. This is also a sign of the disinterest that a Project Manager can show when he is unable to prioritize the most relevant aspects of the projects they lead.

Little collaboration and closeness with the actions of the project:

If there is one trait that defines the 21st Century Project Manager in particular, compared to other types of project leaders, it is their closeness to the actions that are being carried out. Its function is to control, accompany, advise, guide, follow and supervise each and every one of the things that occur within the projects. The error, in this case, is to isolate yourself in your own bubble to the point of losing perspective of what is being done. When you don’t go looking for moments to talk with collaborators, are no aware of their demands or needs, not offering periodic feedback and, ultimately, not having sense of the situation and refusing to lead the project in the field itself, then you can expect the project to completely go off the rails

Projects cannot and should not get going in the midst of uncertainty. The person in charge of the boat must have clear ideas and objectives, even though the roads that are addressed may not always be the ones planned. The good Project Manager should avoid hesitation, overly conceptual or theoretical communication, ambiguous decisions, too many versions of the same fact and lack of perspective and vision. All this will make the project erratic, confusing and without a defined horizon, causing, in addition, that members of the work teams are discouraged and lose their commitment to their tasks. And that’s not what you want for your project, right?

Like mentioned above, this are some common mistakes that if not kept in check, it will derail your project or company’s goals. Keep these things in mind, and we can guarantee you’ll see better results as a manager going forward.

The types of careers someone can pursue are many. However, some fit certain types of people better than others. While there are many careers that allows people to be a member of a big team (think of it as one more cog in the machine), there will be people aspiring for something bigger. Maybe, they want to lead instead of follow. They want to be the head and not the tail. For these types of people, the recommended career path to take would be a career in management.

Of course, being in management is not always smooth sailing. With all the pros available from being a manager, there are some challenges to consider too. By dealing in the macro level most of the time, a manager’s time will sometimes be barraged by lots of issues from various avenues, whether from employee’s input and outside sources. Being in a higher position than most peers, managers have to come to terms with the fact they’ll sometimes be alone dealing with many of the issues mentioned above, which may or may not be grating after a while. Because being a manager depends a lot on the performance on the people beneath doing the work, it will sometimes take a little bit of time to see results of projects delegated to others, which will become an exercise in patience and trust. Adding to it the fact there may be other managers at the same time gunning to grow within the company, margin of error will be high, so there is extra pressure for a manager to make sure all the pieces come together smoothly in projects, employee moral and results.

If all those things (the pros and challenges) sounds appealing to you, C3S offers various management degrees at various levels for people interested in pursuing a management degree in the city of Barcelona. At the Bachelor’s level we include programs in Business Management and Management in Tourism. At the Master’s level we also provide a program in the highly competitive industry of Healthcare Management. Through our programs, anyone interested in pursuing this career will be well equipped to tackle this with great success. 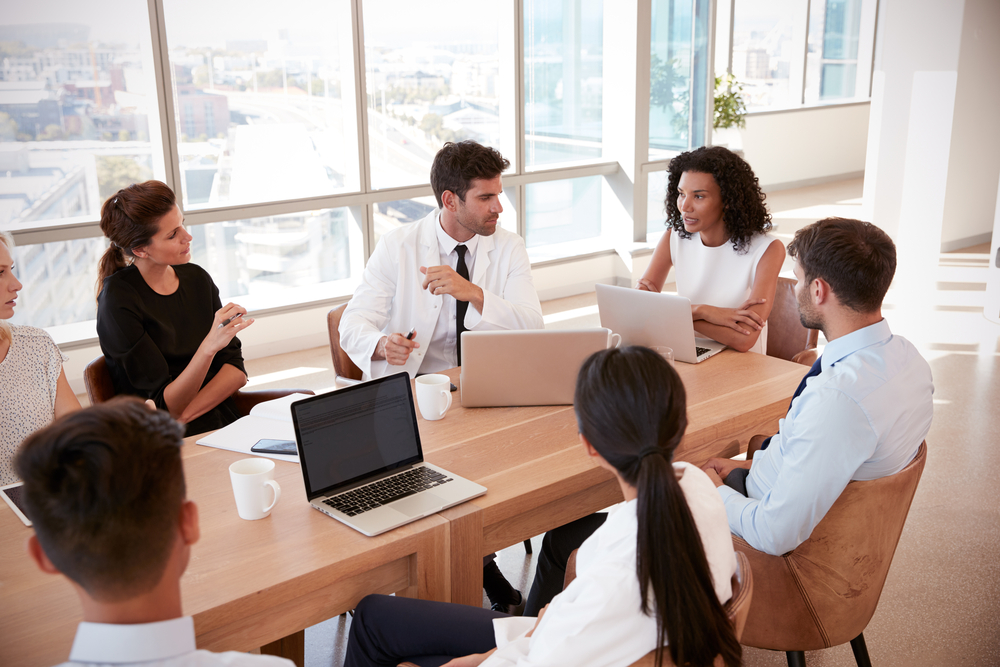 There is no other industry field that sees as much evolution, flexibility and growing new trends as much as the Healthcare industry. With technologies advancing at such a fast rate, many professionals in the medical field are always striving towards finding new medical breakthroughs and advancements. As the complexity of this advancements go, more “research and development” is needed, and it’s in these times where someone is needed to keep these projects at an acceptable cost. At the same time, other than budgeting, some healthcare institutions and environments need someone responsible to oversee areas like the quality of care of the place. This person will be someone with a Healthcare Management degree.

There are many different jobs in the industry where positions of management are needed and certainly required for things to run smoothly. While there are some basic ideas and similarities with Healthcare Management compared to other industries when it comes to expectations, the impact of being a Healthcare manager can go beyond just being another job. At C3S, we are able to provide this career opportunity at the master’s level.  Here are some of the benefits one can find if they pursue a career in Healthcare Management:

Career paths in Health Care Management are big in number. There are wide variety of sub-fields someone can choose to put their skills into use. It can be in areas such as finance, human resources, patient care, information systems or supply management. Someone can even think in a macro level and aim for the top job as CEO, where they can oversee the big picture. There are tons of workplaces Healthcare managers can choose from. It can be hospitals, pharmaceutical companies, nursing homes, universities, federal agencies, insurers and private medical practices. A master’s degree in Healthcare management can help someone find jobs as department managers, marketing directors and contract negotiators.
Pay

Healthcare Management offers higher wages than most other fields. According to the U.S. Bureau of Labor Statistic, the median annual income for a manager was around $88,580 as of May 2012. That is almost three times the median wage of other occupations in a country like the United States, which averages around $34,756. In some places like New York City, you can find a Healthcare Manager earning up to $114,550. For people looking for very well payed jobs, Healthcare Management ranks very high in that regard.

While there are many jobs out there where someone can feel they are making a difference in the world, Healthcare Management is a career that makes someone really fell they are making a difference in people’s lives. This job makes sure someone’s on top of doctors and nurses so they can give quality care to their patients. It will also require budget management so places like a hospital can have all the equipment, tools and items necessary to serve many. By staying on top of the latest technologies and advances, managers can also help bring cutting-edge care to their communities. Ultimately, if someone’s heart and passion is to help people in the biggest way possible, Healthcare Management provides that opportunity.

If a career in Healthcare Management is something of interest, C3S is happy to provide that career opportunity to interested professionals. For more information, click here.